Conservancy stands by our motion for summary judgment to dismiss Software Freedom Law Center (SFLC)'s petition to cancel our trademark. This remains the most resource-efficient way to dispense with SFLC's unwarranted attacks. We have received their latest escalation, disguised as a “peaceful settlement” offer. Instead of deescalating today, SFLC added inflammatory accusations against Conservancy and its employees. Obviously, we did not commit fraud; our legal counsel, Pam Chestek, has advised us that SFLC's fraud allegation is “unequivocally unfounded”. We will not let them further waste our time.

We cannot accept any settlement offer that includes a trademark license we don't need. Furthermore, any trademark license necessarily gives SFLC perpetual control over how we pursue our charitable mission. SFLC, our former law firm, helped us form and name our independent entity. Changing this arrangement now does not advance software freedom nor our mission. Our community remains best served by SFLC and Conservancy as independent entities.

Links to our previous blog posts on this matter: 1, 2

Context on Conservancy's Filing for Summary Judgment with the TTAB

As Conservancy's entire staff wrote in our earlier statement: while we think SFLC's trademark action is a waste of resources for both organizations, we also are dedicated to transparency. Accordingly, we'll keep the software freedom community updated about the action as long as it proceeds. We publicly called on SFLC to withdraw this legal action, but they have not. Therefore we've proceeded today with the most expedient defense available to us: a summary judgment motion which can be read on the USPTO's website. As a non-lawyer, I explain in this blog post some details of that motion and its supporting documents in more mundane, non-legal terms. If you are curious about the details of today's motion filing, do read this blog post and the full filing, but I actually encourage you to skip to the last paragraph of the blog post. (In other words, I made this post solely for transparency, not because I believe following every move in this action is worth your valuable time.)

Today, Conservancy filed for summary judgment in SFLC's trademark cancellation action. As I understand from our lawyers, summary judgment is a mechanism to ask a Court to expediently handle a matter where the facts are straightforward and, as a matter of law, there is no plausible way that the party filing for summary judgment won't prevail. Everyone at Conservancy strongly believe that fits this situation, and the motion asks the Trademark Trial and Appeal Board (TTAB) to agree with us.

In making our defense, I needed to now publicly state facts that I had hitherto avoided saying publicly. Frankly, I previously saw no reason to publicly discuss SFLC's strange accusations over the years. But, I now must do so, because these points are essential to Conservancy's legal defenses. Specifically, SFLC's contact with us since we filed our trademark in 2011 raised other issues but never in those interactions did SFLC raise any concerns about the name, trademark, or branding of our organization. In other words, people from Conservancy, including me, communicated with SFLC often, listened to their complaints, and none of them were about the issues that SFLC raised in the trademark cancellation action.

If you read Conservancy's filings today, you'll see various examples of this. Simply put: while SFLC has a history of complaining to us, complaints about the organization's name were not among them until their cancellation petition. Each time, we took those complaints seriously, and each time, we discovered that they were spurious threats. I'll explain more about two examples from our filings. In February 2013, at an in-person meeting, Moglen told me that Conservancy was in danger of losing our 501(c)(3) status because we relied heavily on a few large grants back then. (This was before our Supporter program). I was pretty sure Moglen was wrong, but after he told me that, I nevertheless spent months researching, re-reviewing our 990s, and otherwise trying to figure out what he meant and why he thought we were in such danger. In the end, I confirmed with the aid of legal counsel that our public support test was fine and strong, and we had nothing to worry about. Additionally, from fall 2014 through May 2016, SFLC repeatedly made accusations that some material on Conservancy and FSF's joint copyleft.org/guide site had “plagiarized” SFLC's publications. We researched that question too, and Karen and I even recorded an audcast back in December 2014 that explains how plagiarism claims are nonsensical regarding compliantly published CC-By-SA-licensed works. We also confirmed that compliance by asking CC licensing experts to review copyleft.org. Once they confirmed our compliance, we repeatedly told SFLC their claim was inaccurate — even while SFLC continued to make threats about that same topic and demand meetings about it.

Again, I have hesitated for years to talk publicly about these facts; I historically concluded that unilaterally exposing privately-made specious claims interferes with the essential job of promoting and defending software freedom. Despite our differences, SFLC is a fellow charity, and I have no wish for them to cease to exist, only that they stop attacking us. While both Conservancy as an organization, and I personally, have publicly disagreed with some of SFLC's policy positions and actions, I have striven for years to keep our public dialogue focused on software freedom policy — rather than about the petty issues that SFLC raised in private. I don't think it serves the software freedom community to conflate public policy disagreements with personal attack. But, SFLC has recently extended those personal gripes into the public space, not only via this trademark cancellation action, but also in their public statements about Conservancy's other work. For example, a year ago, Moglen publicly described certain GPL enforcement work, to which I have contributed since the 1990s, as “a jihad”. I was offended because I have dedicated my life to non-violent, Principled activism for social justice causes. Even so, I did not likewise assail in response; I sought to keep the discussion about policy, not hyperbolic rhetoric.

Sadly, less than a year later, SFLC escalated even further with this surprising (and inherently public) filing against us with the TTAB. Since SFLC refused our public requests to withdraw the cancellation action, we must defend ourselves with our best legal defense. To do that, we needed to make public, through our declarations, that SFLC's own email clearly show that, for years, SFLC made strange complaints (which we researched and responded to), but SFLC did not complain about the name, trademark, nor branding of Software Freedom Conservancy until the cancellation action.

Finally, on a meta-issue, I've seen a lot of stories, blog posts, and comments on LWN and other venues in the last few weeks about this matter. It seems to have burned more electricity and time than it warrants. I do appreciate the statements of support that so many of you have made, but I have a request. While I understand that this kind of situation generates an intriguing distraction and seemingly endless discussion, I encourage those of you who are otherwise software freedom contributors to temper your time investment. Faced with a petition to cancel our trademark, Conservancy must defend ourselves before the TTAB. But, I loathe the idea that the time-waste damage of SFLC's action might extend to other software freedom contributors and activists. In particular, I ask that those of you who are Conservancy project volunteers avoid distraction by this. The work of Conservancy's member projects is the work that SFLC's action seeks to impede, so please don't allow them to break your focus and succeed in that — even if just a little bit. 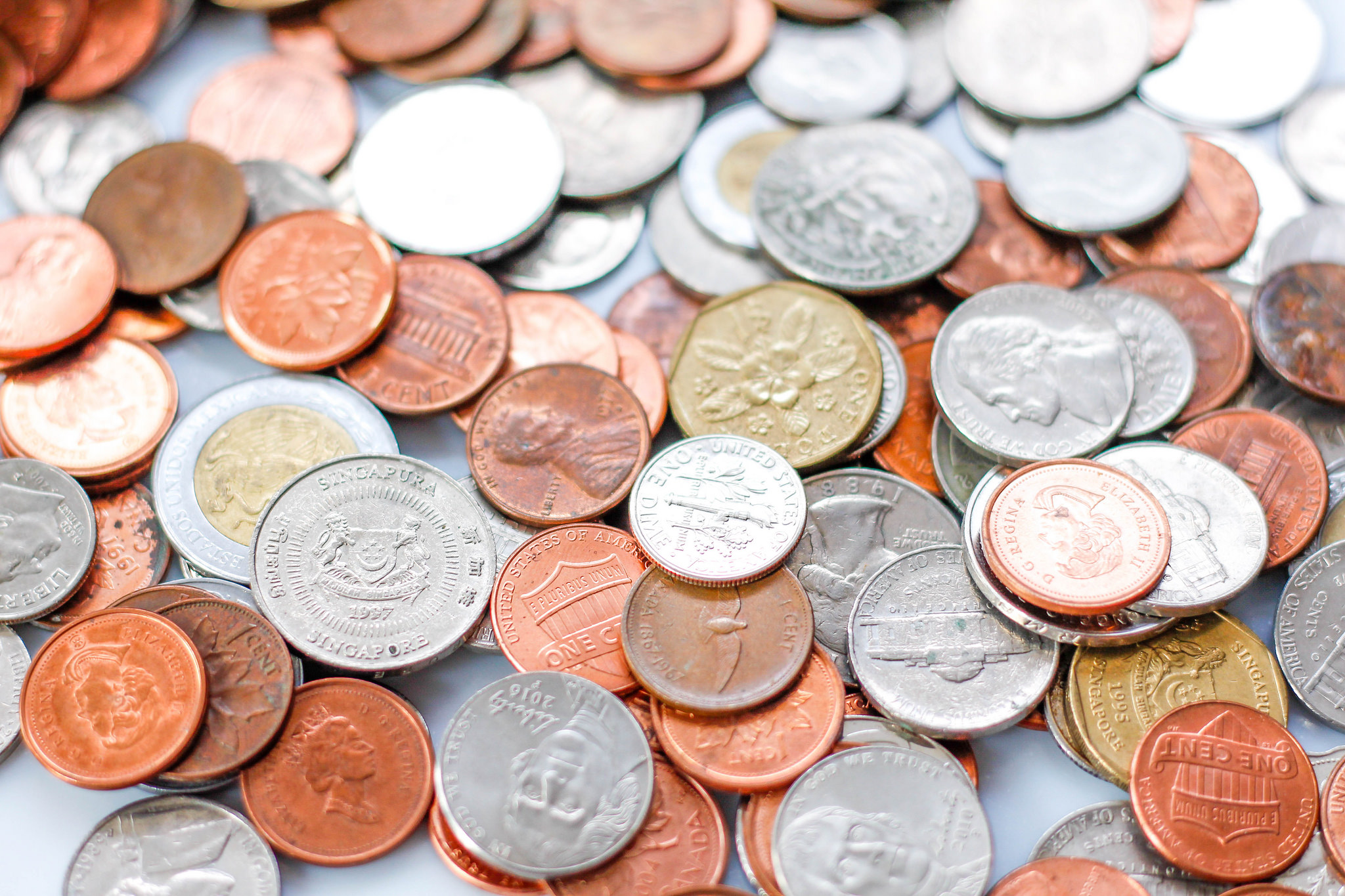 Photo by Marco Verch under CC-BY 2.0

Conservancy helps project participants from all over the world travel to all kinds of conferences and hackfests (around 150 people in 2017!). Because of that, our day-to-day accounting work can involve a lot of currency conversions. Someone on a single trip might have expenses in multiple currencies, and want to be reimbursed in another currency different from all of those.

We previously used rates published by the Bank of Canada to do these conversions. It was a trustworthy source of data, but it wasn’t very user-friendly: we had to go through a multipart web form to get rates, save those in our records, and then convert amounts by hand. When they stopped publishing rates earlier this year, one thing we hoped to find in a replacement was an API that we could use to build some higher-level accounting tooling.

We evaluated several alternatives and found what we wanted in Open Exchange Rates. In particular, it has a historical rates API that meets our needs very well: give it a date, and it returns all the rates for that date in a JSON object. It’s easy to save those results in our books, and use the data for higher-level conversions.

I wrote oxrlib as the tooling we needed on top of that API. It starts as a simple command-line wrapper over the API: give it a date, and it shows you all the rates for that date. From there, you can pass more arguments to answer more specific questions. Name a currency or two, and it will show you the rates between just those currencies. Add an amount, and it will convert that amount from one currency to the other. It can even output all this information in the same format our Ledger books use, so it’s easy to insert directly into an entry we’re working on. All this functionality has already reduced the amount of time we spend processing reimbursement requests. A process that used to require several tools, copying data by hand between them, is now handled by a single command.

My bigger hope is that it will save us even more time developing more NPO Accounting tools. I put “lib” in the name “oxrlib” for a reason: it’s a fully-fledged Python module that I’ve developed with an eye toward reusing in the future. All the functionality we have today in the command-line wrapper should be easy to incorporate into other tools in the future. oxrlib gives us a starting point to automate bookkeeping in multiple currencies. I’m hopeful this pattern will let us make useful incremental progress on NPO Accounting. Today we build small, practical, reusable pieces that solve an immediate problem. Tomorrow we can use those to build more fully-featured programs that solve bigger problems.

You can find oxrlib on our Kallithea Git server, and even use it today with an account and API key from Open Exchange Rates. Expect to hear from me again soon about more NPO Accounting tools like this.