Friends of Outreachy, UX and the GPL

David Turner and Danielle Sucher are just two of the excellent people who are supporting our annual fundraiser by putting up matching funds. This year's match is our biggest yet! We've been challenged to match a total of $113,093. Donations help us support and protect free software alternatives and grow a bold software freedom movement where everyone is welcome.

David Turner has been working on free software for nearly 20 years. He's been a GPL Compliance Engineer at the Free Software Foundation, worked on Open Trip Planner (a Conservancy member project) and is a Senior Software Engineer at Two Sigma. Danielle Sucher is a polyglot who primarily works with OCaml these days. They are partners who live together in New York City, along with the best cats. 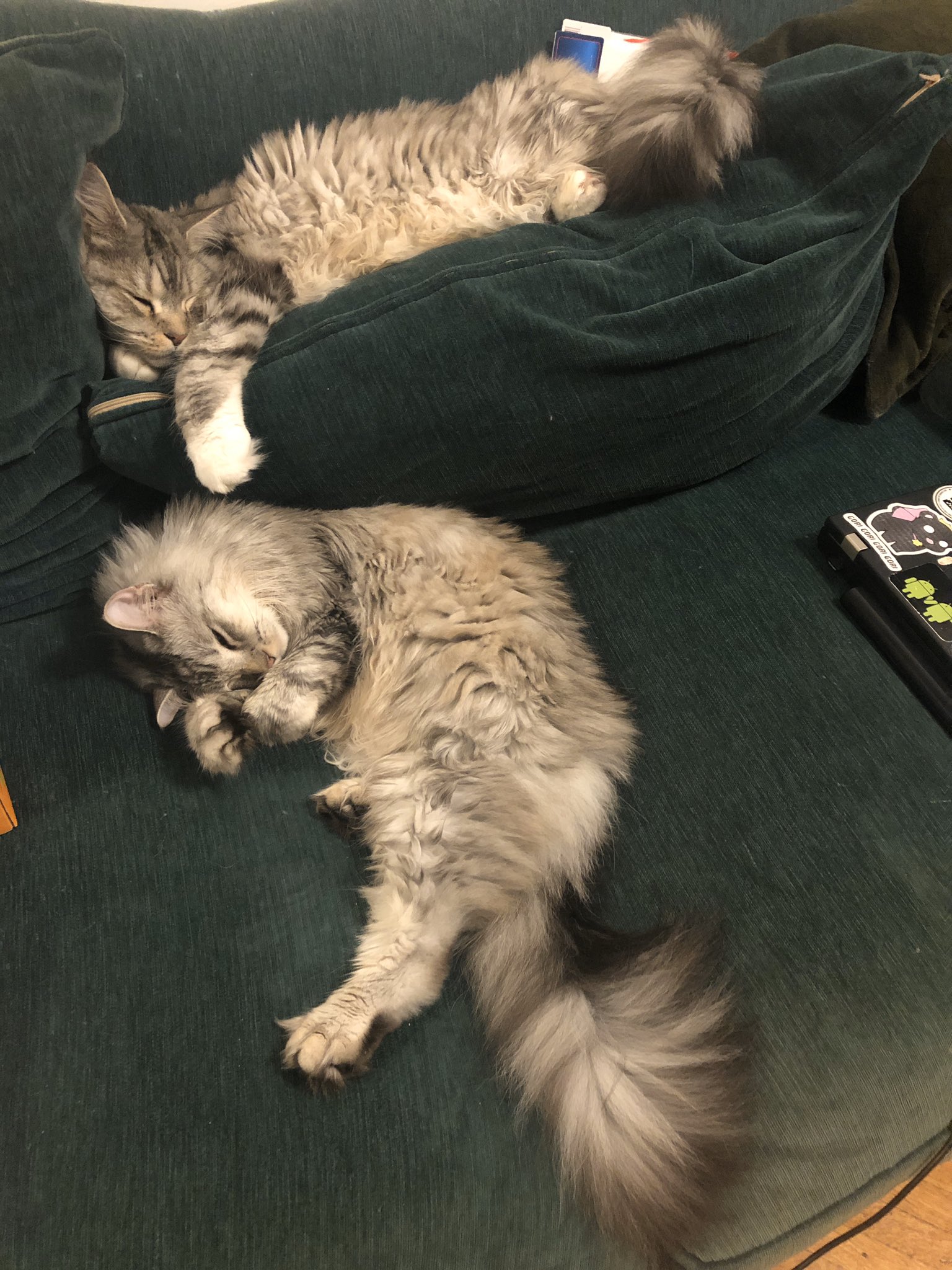 Picture is available under a CC.BY license and was taken by Danielle Sucher.

David and Danielle were gracious enough to participate in an interview -- thanks!

1. What do you think is the most exciting thing that happened in free software over the past year?

David: As a user of free software, I think the renewed focus on UX has been valuable. Two examples: Git has added some new subcommands like "switch" and "restore" and that put the emphasis on the task the user is trying to accomplish rather than on what happens internally. And Blender has a whole new UI, just in time for me to start playing around with it.

2. How does software freedom fit in with the other causes you support?

I think the notion that it's possible to cooperate with folks with whom one might not have very much in common seems increasingly rare these days. I think of freedom of speech as a sort of treaty: I won't try to censor you, and you won't try to censor me. Free software is very much the same: you're doing your thing with the software, and I'm doing mine. Because freedom of speech is threatened, we support the ACLU.

3. Danielle, you went from being a lawyer to being a developer when most people in this field go the other way if they're going to switch! What was the most unexpected thing about that change?

Danielle: I thought I would like front-end stuff because I love art, but in fact, I hate it and am very happy doing backend development and distributed systems.

4. Do you ever dream of writing a software license? Why or why not?

David: I do sometimes dream of writing a constitution. But I don't really feel the need to write a license, because I think the GPL does a fine job.

5. What do you hope to see Conservancy accomplish in the next five years?

We continue to enjoy seeing new folks joining the movement through Outreachy. And I'm sure that whatever else you do will be great too.

Participate in the match and have your donation doubled through the generosity of folks like David and Danielle, today!

Updates from many of our projects' departing summer interns, updates on what our contractors have been up to and pictures from recent events.

Picture is available under a CC.BY license and was taken by Sarah Withee

Picture is available under a CC.BY licenses and was taken by Zach Harris

Our Executive Director, Karen Sandler, is going to be part of an upcoming French documentary about the global fight for software freedom. The English version will be titled "Hackers For The Commons" and you can already check out the trailer (along with a fundraiser for the English version), right here. There are a few upcoming screenings scheduled of the French version.

Deb held a "Supporters & Friends" event during GUADEC. Check out these nice pictures of folks talking about software freedom in Thessaloniki! (below)

Bradley is keynoting the 8th edition of Kernel Recipes in Paris on September 26 & 27. Conservancy is also this year's featured non-profit beneficiary. Registration opened this week.

Karen will be keynoting State of the Map in Heidelberg in September, on Saturday, September 21st.

Deb is speaking about "Selenium and Conservancy" at Selenium Conf this October.

Deb is also co-presenting with Nithya Ruff (the Head of Comcast’s Open Source Program Office) at All Things Open on "Companies and Communities: Why Can't We All Just Get Along?"

Interns are wrapping up for the summer

Also, applications are currently being accepted for the next round! Outreachy internships are remote, paid ($5,500 stipend), and last three months. Initial applications for the Dec 2019 to Mar 2020 internships are due on Sep 24 at 4pm UTC. Please help us reach folks who could benefit from an internship by sharing with your networks!

Conservancy contractors have been working hard

Lots happening at Reproducible Builds, including more work on diffoscope, new variations in their testing framework.

Over at phpMyAdmin, in addition to the intern that was sponsored directly through Conservancy, work focused on the request router and time with the Google Summer of Code interns who both wrapped up and reported on their work this summer, here and here.

Clojurists Together started work on four new projects. You can read about them all here.

Member Projects: Fall is for learning

Thanks to Chris Lamby for promoting Conservancy with complimentary beer mats at the recent Debian BBQ!

Summer in the northern hemisphere means lots and lots of busy time with interns and quite a few FOSS events. We've got plenty of blog posts for your edifying summer reading and plenty of opportunities to catch up with Conservancy folks in person.

New FAIFcast episode: Bradley and Karen enjoy and discuss Molly De Blanc's keynote at the first annual CopyleftConf, entitled The Margins of Software Freedom, followed by an exclusive interview with Molly! This show was released on May 31st, 2019.

OSCON in Portland next month

We've got our pub night, two talks by staff and two days of expo floor. We hope to see you there!

Join us from 7pm -10pm at McMenamin's Broadway Pub! The address is 1504 NE Broadway St, and it's about a 20 minute walk (or an 11 minute bus ride) from the Oregon Convention Center. Deb and Bradley will be there to meet with Supporters and to talk about software freedom! There is nothing we'd like more than to spend an evening talking about the future of free software and its toughest problems with supporters and friends. Light snacks will be provided.

Volunteers are essential to the success of a booth at a large event like OSCON. Let us know if you can help out by committing to a few hours of booth time. We'd really appreciate it!

Bradley Kuhn, our Distinguished Technologist will be at the Ninth Annual RacketCon in Salt Lake City, Utah, on July 13 & 14, where he will give a talk titled, "Conservancy and Racket: What We Can Do Together!"

The 20th Debian Conference will be held in Curitiba, Brazil, from July 21st to 28th, 2019. Our Director of Community Operations, Deb Nicholson is giving two talks there and will be around for formal and informal discussions.

Deb is also speaking at the Mid-Atlantic Developer Conference on August 1st.

Our Executive Director, Karen Sandler, will be a featured speaker at Abstractions on August 21-23, 2019 in Pittsburgh, PA

Bradley is keynoting the 8th edition of Kernel Recipes in Paris on September 26 & 27. Conservancy is this year's featured non-profit beneficiary. Registration opened this week.

GSoC students are also working on Conservancy projects this summer