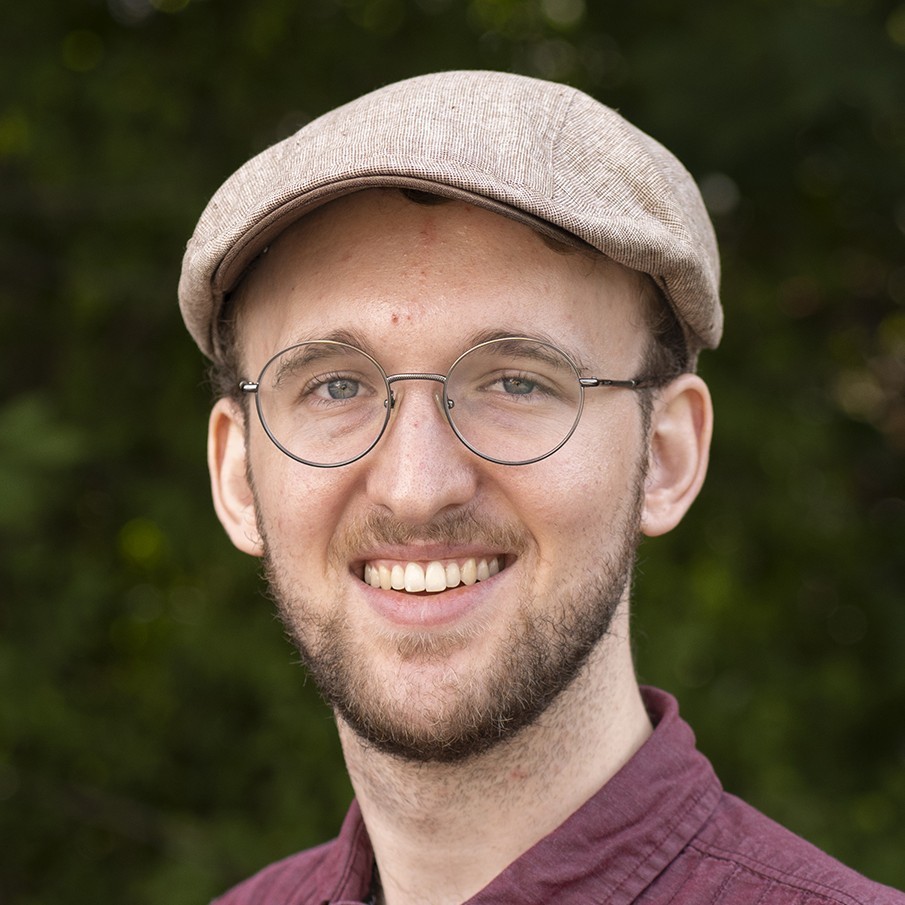 This year for our fundraising season, we are highlighting some of the incredible donors contributing to our matching fund (of $104,759!!). First up in our interview series is Justin W. Flory who has generously provided matching funds. He has repped Software Freedom Conservancy at a lot of recent conferences and it's always exciting to see him handing out our stickers and speaking to people about it. We were so happy to catch up with them and see what drives his passion behind software freedom and ethical technology.

Software Freedom Conservancy: Why do you care about software freedom? How long have you been involved?
Justin W. Flory: My trajectory in life and career for the last eight years was molded by the Software Freedom movement. As a teenager, I used Linux and Open Source software to run my own multiplayer game server for Minecraft. This exposed me both to open source as a concept but also the communities responsible for the production of great things made together with others. Fundamentally, my interest and passion for Free Software come from a human-centered perspective as a method to build more responsible technology for and by society.

SFC: How do you use free software in your life?
JF: I run Fedora Linux since 2014. It began with my first personal laptop that I received as a high school student. Subsequently, since the Fedora Project only ships Free & Open Source software, libraries, and codecs by default, I have been exposed to a wide range of open tools and services. Since October 2022, I am now working full-time at Red Hat on the Fedora Project. We use a hosted Matrix server from Element for our community chat and a Discourse forum for project discussions. I am an ardent user of Firefox for many years, including my extensive self-made categorization system and library of bookmarks covering several topic areas.

SFC: On the spectrum on developer to end user, where do you lie? And how do you think we could do better bridging that divide?
JF: Somewhere in the middle. Today I work as a Community Architect, but I previously worked in systems engineering and received a degree in networking & systems administration. Being a community person in a project like Fedora requires me to wear both the developer and end-user hat, both for our actual users and the people who participate in many different capacities in the project.

SFC: What is it that you see Software Freedom Conservancy does that other groups are not?
JF: The SFC are the hidden heroes of the Software Freedom movement. I love the breadth of issues that the Conservancy addresses that are of particular relevance to the survival of the Software Freedom movement. The critically-important work of enforcing reciprocal licenses guarantees the promise of Free Software licenses and ensures that licensors of copyleft software have their rights respected. Additionally, the creation and sustenance of the Outreachy program introduces numerous people of many diverse backgrounds to the movement. Outreachy opens doors for others to become a part of the young story of Free Culture and Free Software.
For a lover and supporter of Free Software, I do not see any charity or foundation that has as much of a profound impact in the ecosystem as the Conservancy.

SFC: How do you see our role amongst the various FLOSS organizations?
JF: The SFC does both the hidden labor that strengthens the foundations of FLOSS as well as key advocacy and activism to further the collective interests of the movement. The activism includes copyleft compliance work (e.g. Vizio suit) and directly supporting the many member projects supported by the Conservancy.

SFC: What's got you most excited from the past year of our work?
JF: I participated as an Outreachy mentor for the first time since 2019 and I was so excited by how the Conservancy is growing the team around Outreachy. Getting back in as a mentor helped demonstrate to me how much care and empathy the Conservancy builds into how Outreachy is handled. It might not be new work, but it is work that has a high value to me and I definitely felt grateful for it in 2022.

SFC: Do you think we are doing a good job reaching a wider audience and do you see us at places you expect?
JF: I think COVID has made this difficult, and the most recent fragmentation of Twitter compounds it. I think Copyleft Conf filled an important space in the ecosystem, and I am hopeful for its return to continue filling this space and bringing people back together again on important issues.

SFC: Have you been involved with any of our member projects in the past?
JF: I have not participated directly, but I am the user of several projects like git, Inkscape, and Etherpad.

SFC: What other organizations are you supporting this year?
JF: I am also supporting two other organizations, Green Card Voices and the Rail Passengers Association.
Green Card Voices is a U.S. non-profit organization dedicated to build inclusive and integrated communities between immigrants and their neighbors through multimedia storytelling, and Rail Passengers Association advocates on behalf of America's rail passengers for improved, expanded, and safer train service.

Justin W. Flory is one of our individual matchers this year. He is originally from the Greater Atlanta Area in the United States. Travel is one of his passions, especially traveling by rail. He knows a profuse amount about espresso and coffee, and once studied the secrets of wine from a Croatian winemaker. Music is one of his favorite artistic expressions and he curates both a physical and digital music collection. It isn't surprising when he ends up flipping through crates at a record store. The best way to find him online is through his blog at blog.jwf.io.