I recently interviewed the inestimable Molly de Blanc. Molly is on the Board of Directors for the Open Source Initiative, works as a Campaigns Manager for the Free Software Foundation and also happens to be an amazing baker. She has been working in free software for 4 years, and involved for 10 years -- plus she is the driving force behind the individual super-donor part of our year-end donation match. Molly and several other outstanding individuals are joining Private Internet Access and a big anonymous donor in offering a total of $90K in matching funds to Conservancy for our continued work to provide both a "back-office" for free software and a clear voice in favor of community-driven licensing and governance practices.

Deb: I know you're passionate about free software and an enthusiastic supporter of non-profit work. Can you tell me why you think non-profits are important for free software?

Molly: Honestly, I think we just can't trust corporate actors to do the right thing for user freedom without financial incentives. Nonprofits are powered by their donors, members, and supporters. This means that they're working for those people -- people who care -- rather than typical corporate and financial interests. When you have a nonprofit working on a cause, you have someone working for that cause. 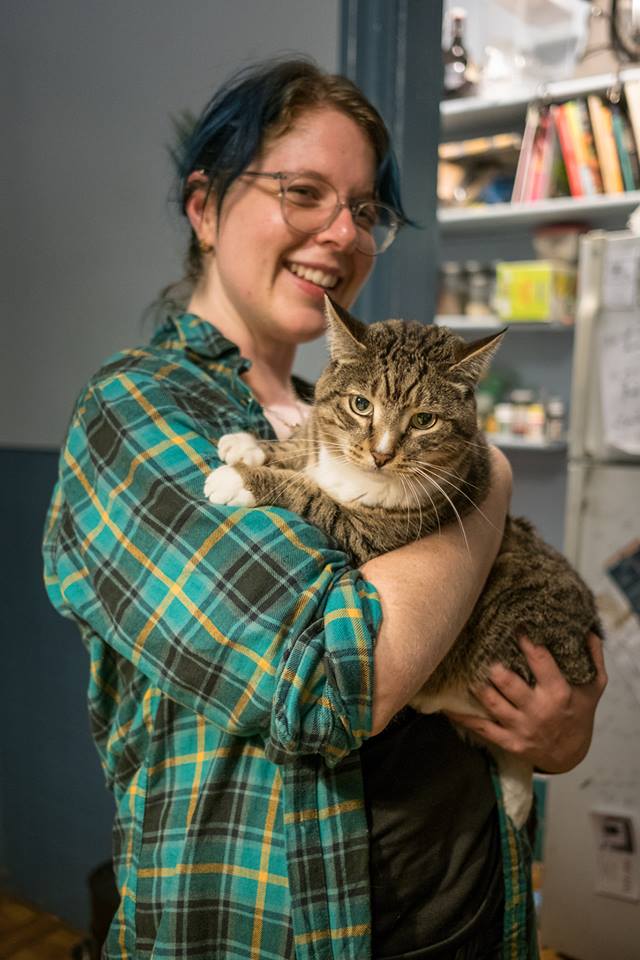 Deb: How did MollyGive start? Who named it?

Molly: For a little background context, starting somewhere around 2013 or 2014 I began to offer to match people's end of year donations from my own donation fund. I don't remember the exact year, but my blog references it "happened again" in 2015. I forget what I called it for the first year/s, but David Nusinow dubbed it MollyGive, which was catchy if not a little egotistical when I need to refer to it.

I liked donating, but had trouble deciding where to most effectively donate. I wanted to reach out to causes that mattered, but were outside of the sphere of my volunteer work, which at the time was around free software, libraries, and music. I have amazing people in my life, and trust them. It was nice to contract out my decision making to others. I've gotten to reach groups like the American Indian College Fund, Black and Pink, and MassCare. (Check out the complete list here.)

I also wanted to encourage others to give. I started donating when I didn't have a lot of money -- and understand how demoralizing it can feel when you're only able to give $5. I hoped to encourage people to give by helping them to realize how much their giving matters.

It's important to note that I don't consider this an extension of MollyGive -- for me it is how I'm using a large chunk of the MollyGive funds this year. [We] didn't explicitly ask others to participate in MollyGive -- we asked them to help Conservancy.

"I see Conservancy as the organization that can do what no other nonprofit can do for software freedom."

Deb: How hard was it to find folks to join you on this match after you had the idea?

Molly: Well, Karen helped me! The first few donors were easy to find. Between Linux Conf Australia 2018 and DebConf 18, I picked up a few enthusiastic individuals. After that, I got a lot of "nos." Karen and I together helped them change their minds -- that's how we got two of our matchers. At least one person approached us after hearing about it, which was really inspiring.

Deb: What do you hope to see Conservancy accomplish in the next five years?

Molly: Conservancy is slowly gathering all of my favorite free software projects (that aren't already 501(c)3s) under its umbrella, like the Debian Copyright Aggregation Project, Etherpad, Git, Outreachy, and Reproducible Builds. I expect that in the next five years you'll get the rest.

As someone who has worked at nonprofits for most of their career, I'd say I probably think about the Conservancy differently. For example, I'd like to see the staff expanded, especially to include more organizational infrastructure roles, like a development director. It would be great if it hosted a summit for its member projects.

From a programmatic perspective, I'd really like to see others recognize the Conservancy's role on the cutting edge of working for user freedom. This includes things like being recognized by media outlets as an authority on issues relating to ethics in technology; providing support for developers and engineers looking to build freedom respecting contracts at their work places; and increased copyleft compliance. One of my hopes is to see strong legal wins for copyleft, and I think the Conservancy will play an integral role in that happening.

I see Conservancy as the organization that can do what no other nonprofit can do for software freedom. I see a deep understanding across its entire staff of the necessity of free and open source software. I think that you and I have similar visions for a world where user freedom is built into every piece of technology. I look forward to seeing how the Conservancy helps turn that vision into reality.

Please donate! I love giving away money -- especially other people's! By donating you're not just helping free and open source software, you're helping me, personally, because I get to have another successful year of matching donations.

You can read more of Molly's thoughts on the Conservancy match this year on her personal blog.The photo of Molly is is CC-BY-SA 3.0 by Luc Rocher.