This is part of our ongoing series on generous matching donors. Elana is the Queen of Debian Clojure, Empress of Symbol Versioning, Conqueress of ABIs, Python Packaging Authority, ELF Herder and the Winner of this year's Award for most odd, but needful volunteer assistance this year (keeping people from eating pizza on top of the Conservancy tablecloth and so, so much more.) Elana and several other outstanding individuals are joining Private Internet Access and a big anonymous donor in offering a total of $90K in matching funds to the Conservancy for our continued work to provide both support for important free software and a clear voice in favor of community-driven licensing and governance practices. 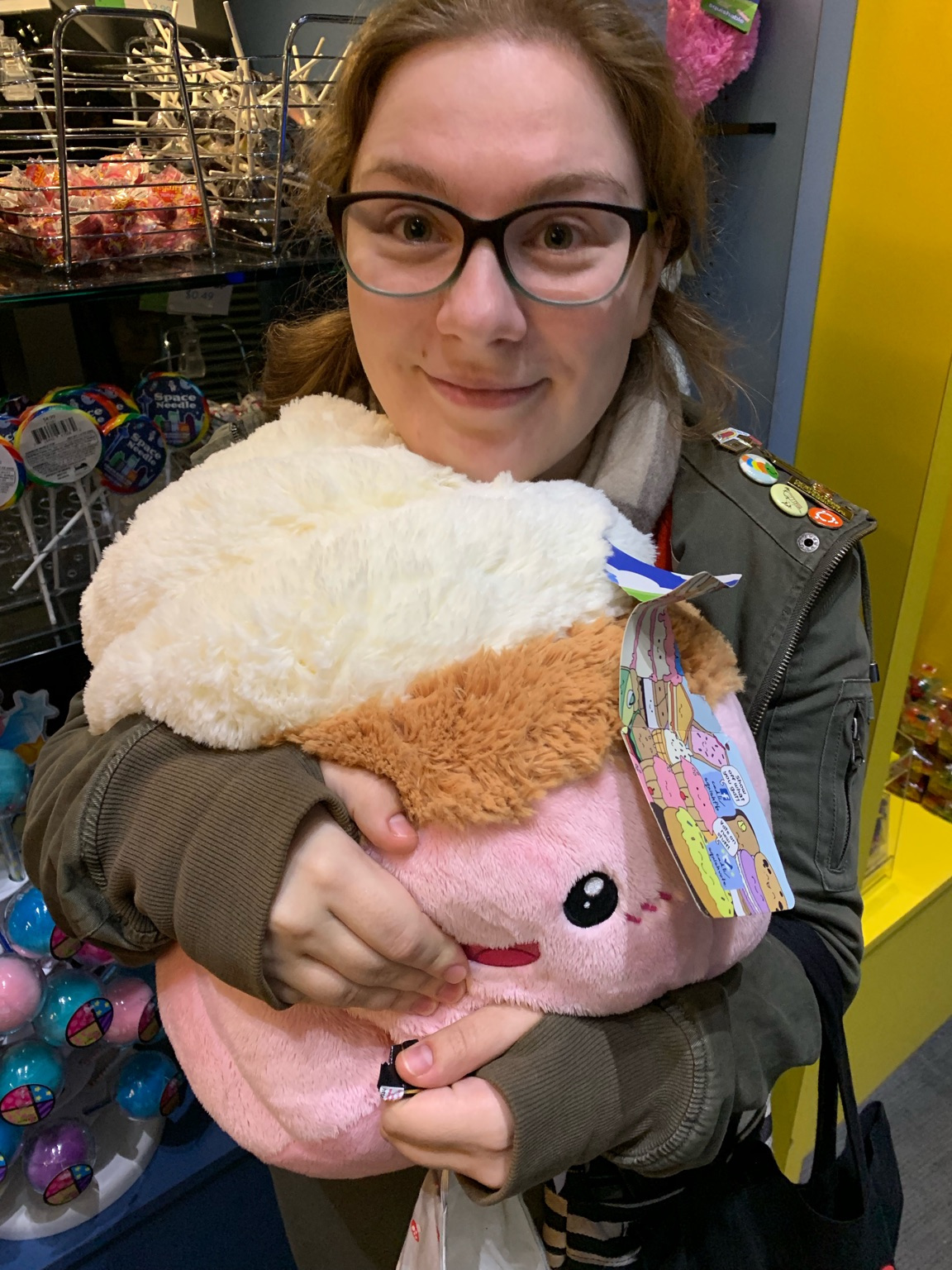 EH: I'm really excited about a bunch of different emerging free social technologies based on the ActivityPub specification that make up the so-called "fediverse." I think Mastodon might be the most popular—it fills a niche similar to Twitter—but there's also Pleroma, which is Mastodon-compatible and a little simpler to deploy, a peer-to-peer replacement for YouTube called PeerTube, and a federated image sharing app you can use instead of Instagram called PixelFed.

Mastodon has demonstrated that when we prioritize user experiences and work together, we can build free software to sustainably run social collectives on independent infrastructure, and even achieve widespread adoption. This is so meaningful to me: the fediverse embodies all of user freedom, consent, autonomy, self-governance, and community in practice. Independent, federated social networks come with the promise of building online social spaces that better reflect the social needs of individuals and their communities in a way that centralized, corporate social media cannot.

Deb: What do you wish people knew about Conservancy, that they might not know?

EH: Many folks have heard of the wonderful projects that all live together under the Conservancy banner, but I'm not sure if many people are familiar with what it takes to become a Conservancy project!

Conservancy members are required to serve the public interest, develop their software in public, and use a FOSS license. They must also be community-run: a Conservancy project should have a community-elected oversight committee or a minimum of three governing members, so a project can't be run by a single developer, and when members are appointed there can't be more than one employed by a particular company. I think it's really cool that all Conservancy member projects must uphold rigorous standards for community governance.

Deb: You work on several well-known free software projects (Debian, Clojure, Python). Do you have any advice for folks who are just starting with free software contributing?

EH: It's funny when you put it that way — I got started in free software barely five years ago, and I'm almost surprised by how much I've contributed since then. One of the big barriers for me was believing I could do it at all. Even though I've been using free software since 2006 or so, I didn't really see a lot of people like me in the community, and having lurked in IRC channels for years I was so afraid of trying to contribute and getting yelled at for messing up something obvious.

In 2013, I decided to attend an open source day at a conference, and met Asheesh Laroia and Carol Willing. They jumped to onboard me with OpenHatch, a project whose mission was to help newcomers get involved in free and open source software. That chance meeting grew into a GSoC internship with OpenHatch the next summer; later, I became a core maintainer of the project until it wound down. Once I had the right skills, it's become harder for me to say no to contributing to new projects than to just contribute! The fear of messing up spectacularly in public is still there, but it doesn't stop me anymore.

Part of OpenHatch's legacy was encouraging projects to identify and publicly label issues that were relatively small (or "bite-sized") and good for beginners. Now, many spiritual successors to OpenHatch exist, including Your First PR and Up For Grabs.

Deb: What do you hope to see Conservancy accomplish in the next five years?

EH: I think Conservancy is increasingly important for the future of sustainable free software. Recently, we've seen the proliferation of a number of new protectionist licenses, as corporations become more concerned about their open source projects being monetized by other corporations that don't contribute back. I think corporate sustainability and community sustainability are different things, and I'm concerned that the idea of "sustainability" is being co-opted by companies that define it as seeing greater financial returns from their open source projects.

Conservancy fights this co-option with a two-pronged strategy: through its software license advocacy, by helping to educate the public on software licenses and by providing license enforcement to member projects to ensure free software remains free; and through its support of member project operations, by enabling the practice of sustainable community free software in providing fiscal sponsorship and administrative services. I think both are very important and I'd love to see Conservancy continue to grow in both areas over the next five years; perhaps it will even accept some fediverse projects as members :)

EH: If any of this speaks to you, dear reader, then I'd love to encourage you to support Conservancy by making a donation. But if that's not something you're able to do, you can always volunteer with Conservancy or a member project, or help spread the word for this year's fundraiser!