Ethics in Software is Critical

Our Executive Director, Karen Sandler was featured in today's episode of "Explained" (presented by Vox) on the topic of Coding. The episode covers the history of coding, how computing became ubiquitous and what that means for the average non-coding computer user. It's a great piece for the lay person, which is very handy for that friend or family member who doesn't really understand what software actually is. 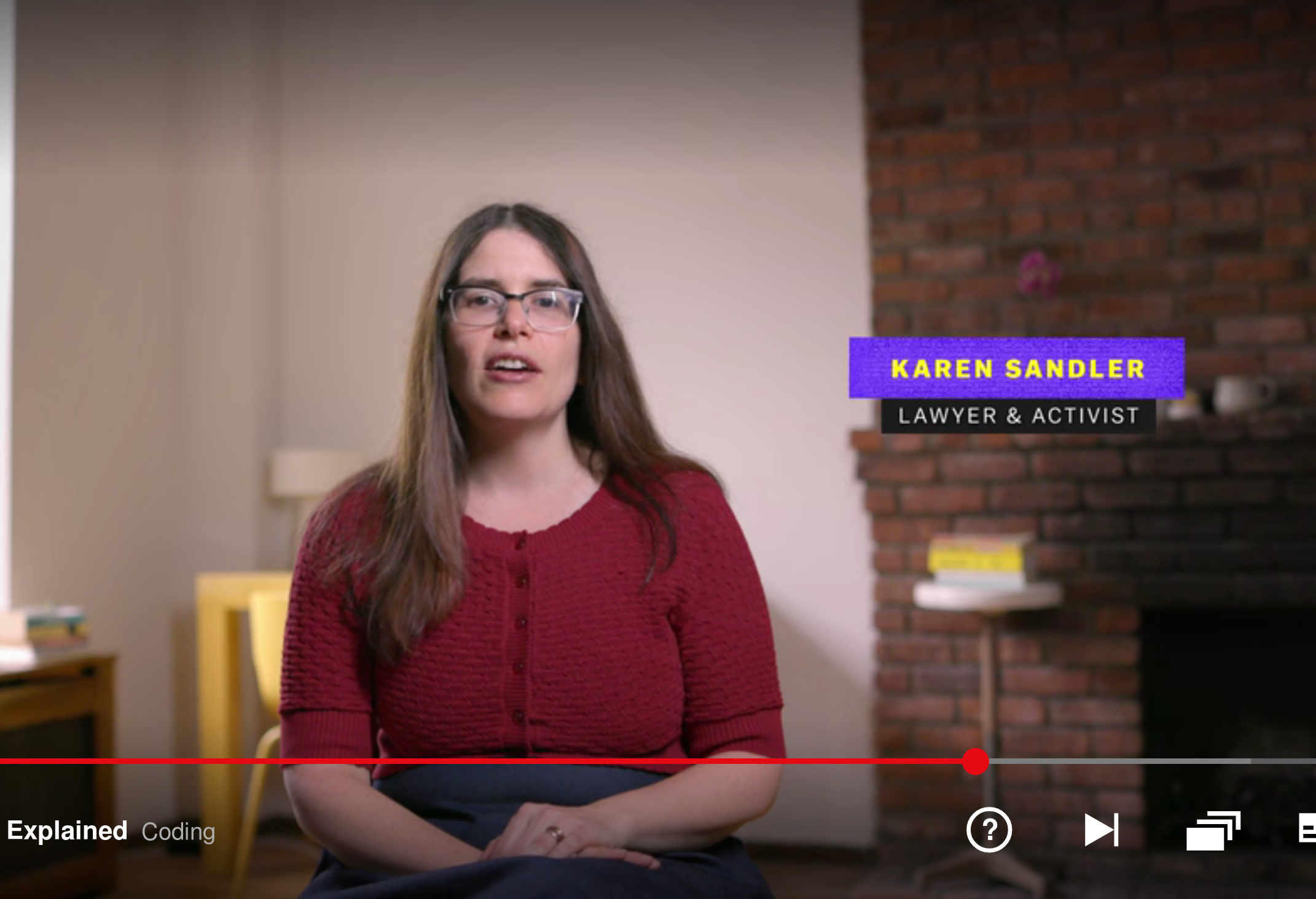 Karen highlighted the problems with code that is designed without considering the full set of potential users -- a topic which is very personal for her. Karen has spoken many times about the device which she relies on for her life. Her frustration with the lack of access to the source code -- to a device which regulates her very large heart -- drives her work to pursue software freedom for everyone. It's why she leads Conservancy, an organization dedicated to software freedom and access to source code for all users.

If you choose to access Netflix1, you can catch Karen weighing in on the responsibility that software engineers have to serve their users with compassion alongside other luminaries including; Alan Kay, Zeynep Tufekci and David Bowie (yes, really!) We're grateful for the opportunity to be part of the critical, growing conversation about ethics in technology which must include software freedom, responsibility to users, a thorough examination of bias and substantial improvements in the diversity of teams that build software for general use.

1While we are excited that Karen is reaching those who are not already familiar with the issues around ethics and software and in particular DRM, we'd much prefer to share this message via a free platform.

The still image of Karen Sandler is owned by Vox.