Software Freedom Conservancy's Executive Director, Karen Sandler was invited to offer testimony earlier today to the New York City Council Committee on Contracts. Sandler testified in favor of the Free and Open Source Software Act and the Civic Commons Act, both proposed by Council Member Ben Kallos, which would increase the use of free and open source software by New York City departments and agencies. Sandler made the case for the superiority of free software, pointing out the advantages it would provide the city and society in general. “Companies effectively hold governments hostage with proprietary software,” Sandler explained. A full copy of the testimony is available. 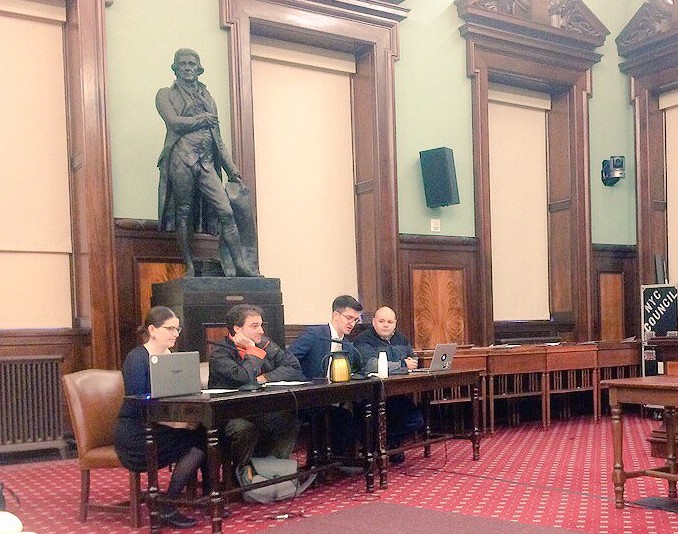 In the audience during Sandler's testimony were dozens of schoolchildren on a class trip, to whom she recommended SugarLabs, one of Conservancy's projects focused on kids. Sandler also took a moment to share her personal perspective on free software, explaining how she relies on proprietary software in her implanted medical device, which generated multiple questions from the Council Members. Sandler ended her participation in the Committee's hearing by providing an informal demonstration of GNU/Linux and in particular the GNOME desktop to the Council Members at their request. Karen concluded her testimony with “as a lifelong New Yorker, I love this city and know that shifting to free and open source software will better keep the city safe.”